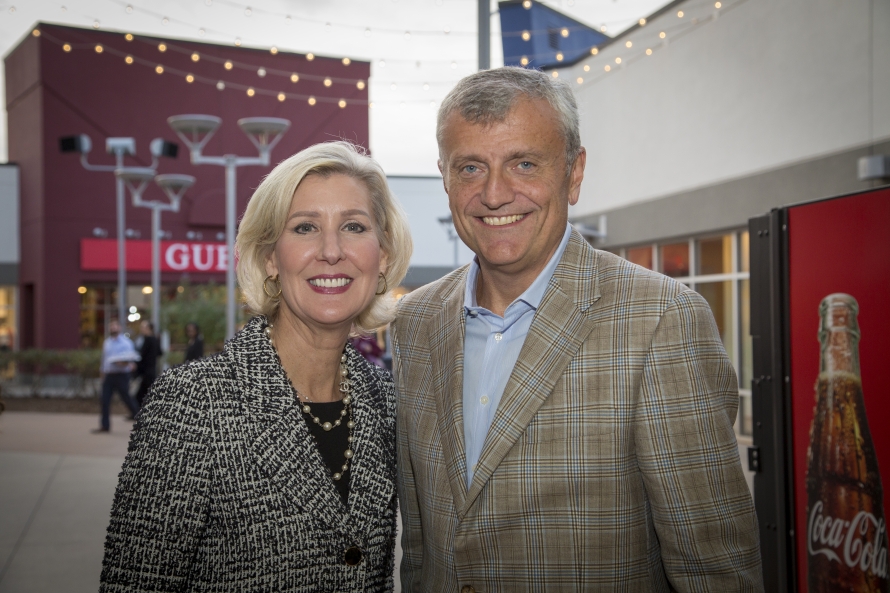 Destination shopping for brand names at below retail prices

The OKC Outlets shopping center just off I-40 in western Oklahoma City has emerged as the go-to shopping destination for outlet shopping enthusiasts across Oklahoma and beyond.

“The unique thing about the OKC Outlets is that we are the only outlet center in the state,” said David Hinkle, a principal in Chicago-based The Outlet Resource Group (TORG), which owns the Oklahoma City shopping Mecca in partnership with Singerman Real Estate.

“We are pulling people from all over the state, including Tulsa, and we are consistently pulling from part of Kansas and Texas, as well,” Hinkle said. “By industry standards it would be defined as a super regional center.”

“We’ve done market research that substantiates David’s point,” added Lisa Wagner, a partner of Hinkle in the TORG ownership group. “It really is a market area of about 5 million people that we serve.”

Located at the intersection of Council Road and Reno Avenue, The OKC Outlets draw shoppers from such a large region by offering 394,000 square feet of shopping space and an all-star lineup of name brands among its 90 retailers.

“We are fortunate to work with some of the top brands in the world, and for some of these stores, this may be the only store they have in the state,” Hinkle said. “It’s a really great collection of brands for the market.”

Outlet shopping offers a real value proposition for shoppers, with name brands routinely discounted a minimum of 40 percent, and often up to 60 percent depending upon the season, Wagner said.

But who are those shoppers?

“What we’ve seen over the years is that the customer has gotten younger,” Wagner said. “Millennials are now our top shopper nationally and in this center. They are customers who have the ability to shop almost anywhere, but they are aware and smart of the value they can get on good brands. They are brand oriented. And the outlet shopper is someone who likes to shop.” 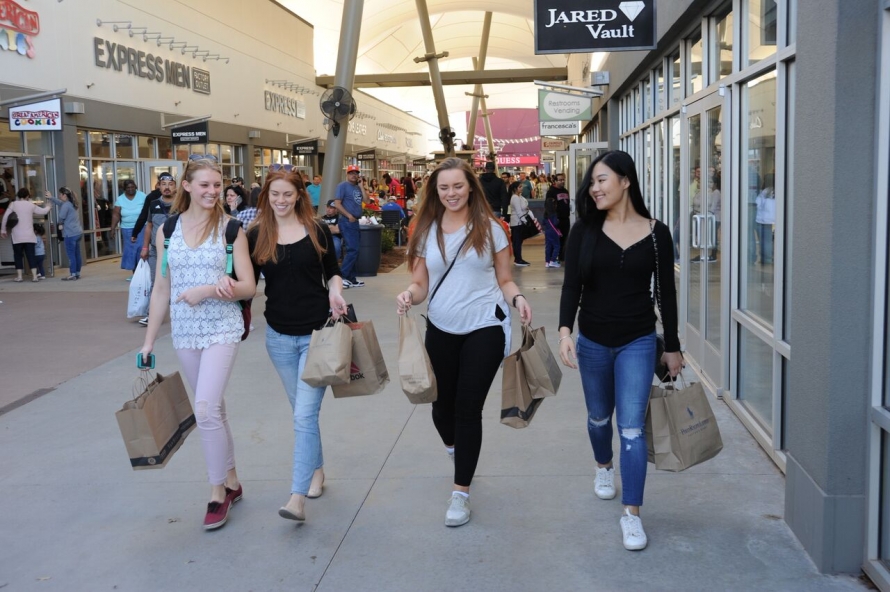 TORG and Singerman Real Estate have owned the OKC Outlets since late 2016 when it purchased the center from Horizon Group Properties and CBL & Associates.

The ownership group bought the Oklahoma City property because it saw the opportunity to take an established retail property and enhance its presence throughout the OKC metro area, the state and the region.

“This is a center that we always thought was a very interesting location because of its dominance in the state,” Wagner said. “And being in the state capital and so much going on here – such a dynamic and growing market – that when the opportunity came up to acquire it, we were absolutely all on board.”

The new ownership group immediately went to work, remodeling and rebranding the center to put the focus squarely on the name brands. That translated into a new paint scheme to tone down the center’s previous multi-hued color palette that the new owners saw as detracting from the brands.

“It gives us the opportunity to showcase the brands, because the brands are really what it’s all about,” Wagner said. “We didn’t feel the brands were as exposed as they could have been because of all the chaotic colors. Now it’s such a serene color that the brands stand out.”

The OKC Outlets is managed locally by a staff of 11, with Oklahoma City retailing veteran Jeannette Smith serving as general manager. An estimated 1,200 people are employed in its 90 retailers.

“Jeanette has done a great job as general manager,” Wagner said. “We’ve got a great team here. We’ve got consistent sales growth over the past two years since we acquired this asset.”

“We’re here because we want to be here,” Hinkle said. “Our commitment to the city officials was that we would become part of the community. We don’t want to be outsiders owning a shopping center. And we love your city.”

Oklahoma City was on Hinkle’s radar long before TORG purchased the OKC Outlets shopping center in 2016. And it had little to do with retail merchandising.

“I’m a huge sports fan, and more importantly, I’m a huge Oklahoma City Thunder fan,” Hinkle said. “I brought my youngest son here for his high school graduation present several years before we bought this center. And we really love your city. It’s just a great city, has great leadership. When we travel here we look forward to coming here to work.” 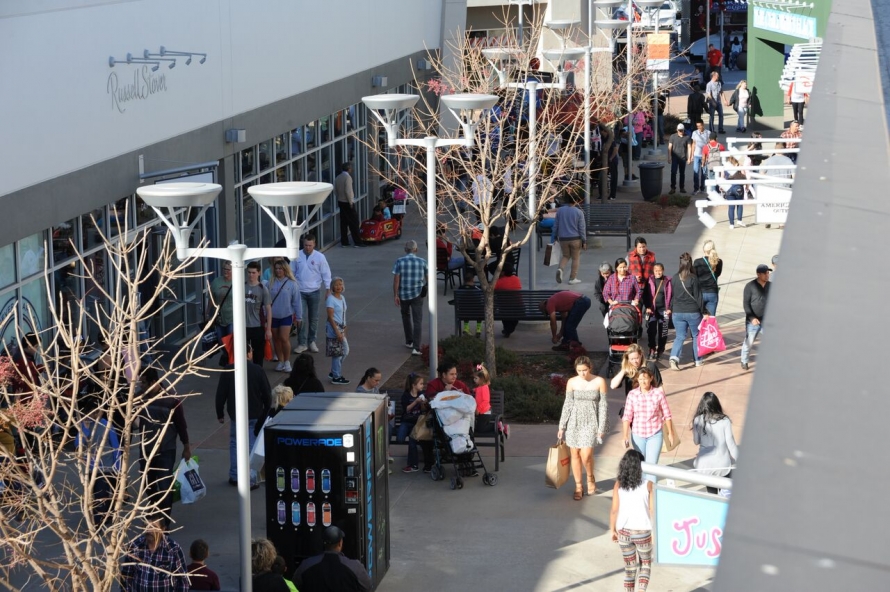 In addition rebranding and repainting the center in their first two years of ownership, the partners also have brought in new brands such as the Kate Spade store. Deals to bring in other big-name retailers are in the works.

It’s no secret what brings thousands to the OKC Outlets on a daily basis year-round.

“At the end of the day, the brands and the retailers are the stars,” Wagner said.