Chisholm Creek: where you can live, work, play 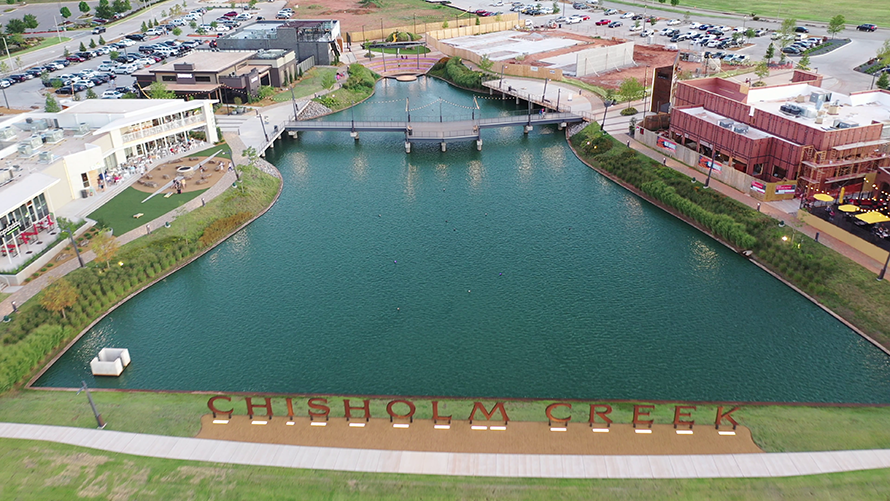 Drive onto the 180-acre mix of retailing, dining, entertainment and outdoor venues and those descriptors immediately come to life.

“When creating Chisholm Creek, we really wanted to create a place where people gather, where they truly live, work and play,” says Whitney Rainbolt, marketing director for the development. “I think creating an experience is important.”

The concept of an active, experiential community emerges the instant you pull into Chisholm Creek off of North Western Avenue at Memorial Road. The landscape is dominated by the Top Golf recreational venue on your left and its three-levels of suite-like tee boxes.

On the right is Tract 30, an 80,000 square foot state-of-the-art building that offers retail, bars and restaurants on three levels with an attached parking garage. The development also features St. Anthony’s Healthplex.

Swing around Tract 30, and immediately to the north is the popular Cabela’s outdoors store, which draws outdoors enthusiasts from across Oklahoma and beyond. To the west of Cabela’s is an area known as The Pointe, where a small lake accessorized by colorful fountains and an amphitheater is surrounded by popular restaurants.

Adjacent to The Pointe along Memorial Road is the iFLY Indoor Skydiving venue, and west of that sits the Argon at Chisholm Creek, a 280-apartment community developed by Cornerstone Development.

Farther west at the Penn entrance to the development is a busy area known as Westgate, featuring popular restaurants and coffee shops. Large areas of green space between the east and west entrances await development.

Even at this relatively early stage, Chisholm Creek is already drawing millions of people annually to the immersive retailing complex, although its long-term development is still taking shape. 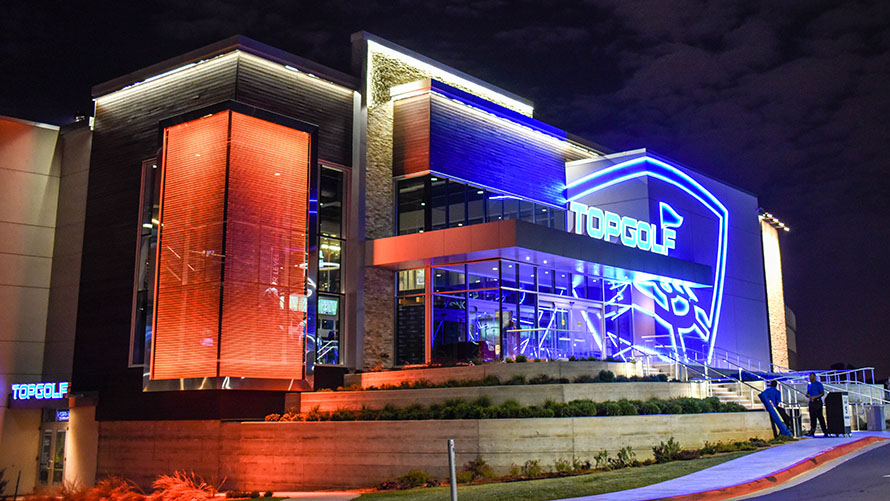 Chisholm Creek is being developed by The Medallion Group, a 40-year-old, family-owned Oklahoma City-based real estate development company that had a vision for the plot of ground more than two decades ago. Ground was broken on the development in 2014.

“It took us about 20 years to get all the land together at Chisholm Creek,” Rainbolt said.

The concept’s master plan was developed by the Design Workshop from Denver, which has deep experience in designing mixed use developments across the nation.

Chisholm Creek is located virtually on the border between Oklahoma City and Edmond, creating a sort of bridge between the two cities.

“A lot of people who work downtown live up north,” she said. “They drive by this location every day.”

Retailers in the vicinity where Chisholm Creek is located include Quail Springs Mall to the west with Walmart and Sam’s Club on its western border. Costco is building its first Oklahoma City store across Western on the eastern side of Chisholm Creek.

The Chisholm Creek tenant mix is a combination of local, Oklahoma owned concepts and up-and-coming regional and national chains.

“We’ve got a good mix, about half local and half not local,” Rainbolt said. “We like to have the local tenants, but we are very particular. If they are local it needs to be somebody really, really special in Oklahoma City.”

As Rainbolt spoke, she was seated in a busy dining room at Uncle Julio’s Mexican food restaurant, the first to open along the lake in The Pointe development. The phenomenal success of its opening what those that follow might expect from the OKC market.

“Uncle Julio’s is exceeding expectations and on target to become one of the top grossing restaurants in Oklahoma City,” she said. “Their numbers are insane.”

Chisholm Creek developers are fielding calls every day from other restaurants and retailing concepts wanting to locate in the center. However, Rainboldt said they want to make sure they have the right mix of retail for the development. 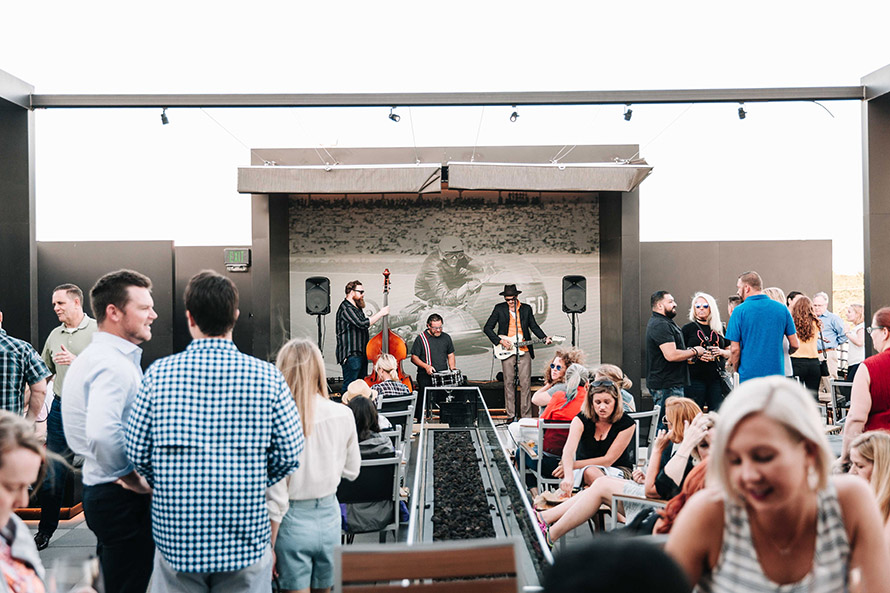 “I think we have been very patient and methodical on who we bring in here,” Rainbolt said. “We say ‘no’ 15 times before we say ‘yes.’ “

By the time that the development is completed at Chisholm Creek, it will be an almost self-contained community, with entertainment venues, office buildings and even its own downtown.

The Shops at Market Street is an “Indie Street” entertainment district that recently opened. And “downtown” Chisholm Creek will include high end shopping and Class A office buildings.

Green space is built into the master plan, along with six to eight miles of walking and biking trails to promote an active community, Rainbolt said. Chisholm Creek already is attracting its share of runners and bikers, and hosted a local radio station’s outdoor concert that drew an estimated 40,000 people.

The bottom line is that Chisholm Creek is a revolutionary concept that embraces the shifting shopping preferences shown by millennials who are emerging as a driving force in retail.