Not your average popcorn palace 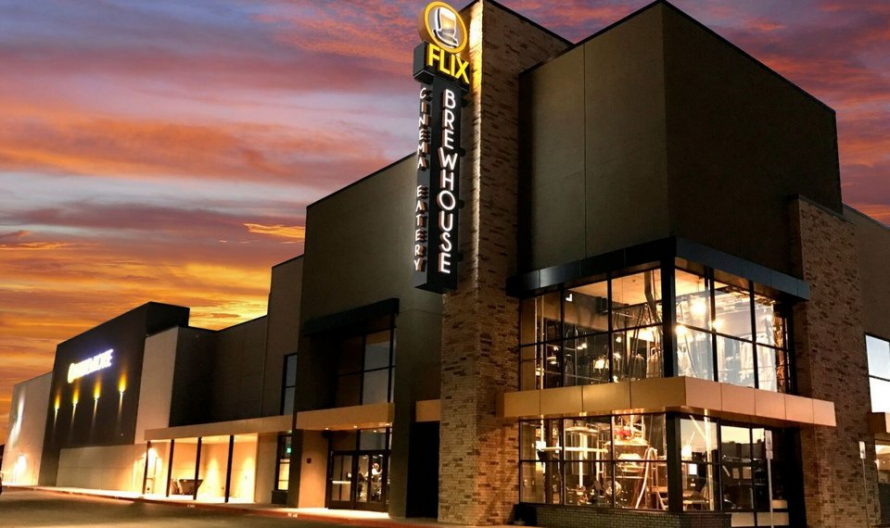 Flix Brewhouse has a unique business model that’s going to help the movie theater/eatery/microbrewery hold its own in the challenging environment COVID-19 has created, Flix Entertainment President and CEO Allan Reagan said Monday.

“We have a good niche, as opposed to the big popcorn palaces that people are staying away from,” Reagan said. “The dine-in concept is outperforming traditional cinemas in terms of people coming back.”

Dinner and a movie are not separate activities at Flix Brewhouse, and parents may enjoy a craft beer, glass of wine or cocktail while sitting alongside their children as they enjoy a family movie together. Data from the last few weekends since theaters have begun to reopen in Texas shows the dine-in theater experience is showing the most success in getting moviegoers to get out rather than streaming shows at home, Reagan said. Families looking for a night of entertainment can draw confidence from the measures the company has taken to keep guests and employees safe, Reagan said.

Long before COVID-19 came along, each auditorium was fitted with its own HVAC system in order to keep the sound from one movie spilling over into another auditorium through the air ducts. After the virus came, the company invested in a medical-grade filtration system that uses ionization technology to kill pathogens in the air, which Reagan said is more effective than UV light.

The facility also includes a brewery capable of producing 1,000 barrels per year of up to 30 unique craft beers, flowing from 48 taps in-house. Flix Brewhouse also offers an array of craft beers from local brewers, including Anthem, Stonecloud, Iron Monk, Vanessa House and more.

Even with being limited to selling tickets at 50% capacity, Reagan expects the Oklahoma City location to do well. The company highlights the quality of its food and craft beers as a point of pride, and pricing for food, drink and tickets is competitive with that of local stand-alone eateries and movie theaters. Customers may order food and drink through the theater’s app or use disposable paper and pencil provided.