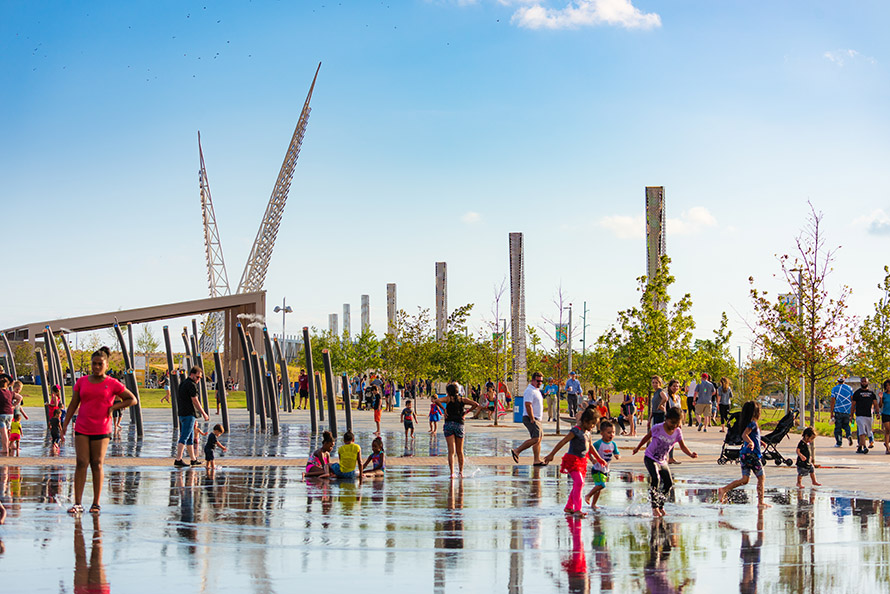 The Sooner State has some of the lowest gas prices in the U.S.
June, 2022 - GasBuddy.com

OKC ranked No. 2 most affordable housing market in the world
April, 2022 - Bloomberg

OKC ranked No. 3 for the most affordable places to buy a new home
March, 2022 - Realtor.com

Young professionals looking for a place to live? Check out OKC
March, 2022 - Policygenius

OKC ranked No. 2 for lowest cost of living among large cities
March, 2022 - C2ER

OKC is one of the best cities for startups
February, 2022 - Real Estate Witch

Oklahoma City named as one of the 100 most-loved destinations around the world
January, 2022 - Tourism Sentiment Index

OKC ranks #1 in nation in terms of likelihood of restaurant industry recovery in 2021
September, 2021 - LendingTree

SmartAsset: OKC has the most affordable housing market in the U.S.
May, 2021 - SmartAsset

USA Today has named Oklahoma City as the best place in the country for public art
May, 2021 - USA Today

OKC named among 'underappreciated American cities you should totally move to'
February, 2021 - Thrillist

Mayor Holt elected to National League of Cities board of directors
December, 2020 - OKC.gov

OKC is the easiest place in North America to do business
June 21, 2019 - ASU Center for the Study of Economic Liberty

OKC ranked No. 3 for places business professionals to work and live
December 12, 2018 - BusinessStudent

Oklahoma City is ranked #1 for most passionate live music fans
May 16, 2018 - Priceconomics

You Get More Apartment for Your Buck in OKC
February 29, 2016 - Forbes

OKC is the No. 1 City Worth Moving If You Want to Launch a Business
September 11, 2015 - Entrepreneur

OKC has the nation's lowest commute times
May 28, 2015 - University of Michigan

Downtown Employment Growth One of the Top in the Nation
April 20, 2015 - The City Observatory

“OKC sports one of most diversified economies in U.S.”
April 1, 2015 - WalletHub