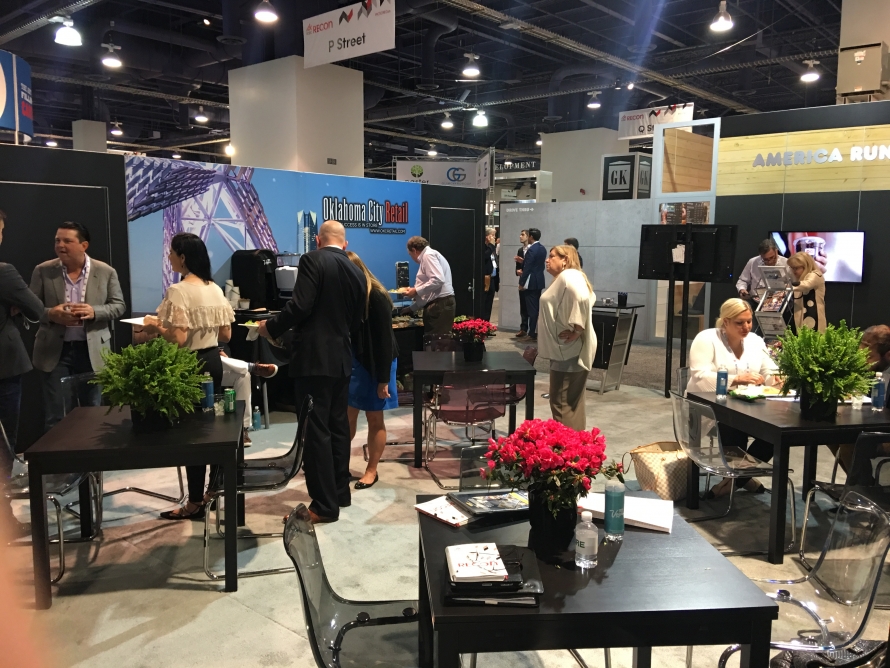 Greater Oklahoma City Chamber staff, along with Oklahoma City Mayor David Holt and other city leaders, will be in Las Vegas May 22-24 for ICSC 2022, one of the nation’s largest and most relevant conventions for retailers and developers.

ICSC is a trade association comprised of members from the marketplace industry, whose mission is to “promote and elevate the marketplaces where people shop, dine, work, play and gather as foundational and vital ingredients of communities and economies.”

Tammy Fate, the Chamber’s senior manager of retail development and recruitment, said being at the ICSC show is a great way for her and other OKC representatives to meet with various retailers and developers who may be looking to expand or move elsewhere.

“We were one of just 14 cities across the U.S. that grew by over 100,000 people in the last 10 years, and so we are on more people’s radar screen,” Fate said. “We weathered the pandemic so well that a lot of companies on the East Coast and West Coast are really starting to focus in and realize that Oklahoma City is a hidden jewel, and there is a lot of opportunity – and it’s affordable to live here.”

While at ICSC, the Chamber will showcase the city in their own exhibit space, joining close to 900 other exhibitors in the Las Vegas Convention Center.

“There is a big delegation from Oklahoma City going. We have two big meeting rooms within our booth that have large monitors for presentations. Outside our booth we will have touchscreens set up. It really kind of helps display and showcase Oklahoma City in the best light. The exhibit places Oklahoma City in front of all kinds of major retail brands and developers,” Fate said.

Last year’s ICSC event occurred much later in the year and was much smaller than past shows, mainly due to the pandemic. But despite those challenges, Fate deemed ICSC 2021 a rousing success, noting that Oklahoma City has had two site visits already in the first quarter of 2022 following that show.

“Anytime we can increase quality of life, enhance placemaking and make Oklahoma City a place where people want to be, it ultimately leads to an increase in sales tax collections, which is what fuels our general fund. To continue to have that kind of investment in Oklahoma City is critical. Retail is the foundation that helps drive the general fund to pay for things like police, fire, public safety and keeping our city clean,” Fate said.

If there was one thing Fate would consider for the 2022 ICSC to be a successful event for the Chamber and Oklahoma City, it would be getting at least one site visit from either a developer or retailer that has never been to Oklahoma City.

“We are such a big city, and we have many areas where there is a lack of amenities and food service or grocery or soft retailers,” she said. “Being able to tell that story helps us because we are such a large city. It’s a bit hard for people to understand our market if they are not from here. So it’s about walking side by side with developers and retailers and engaging in those conversations.”

This story originally appeared in the May 2021 edition of the VeloCity newsletter.