Retail industry reconvenes in Vegas with OKC front and center 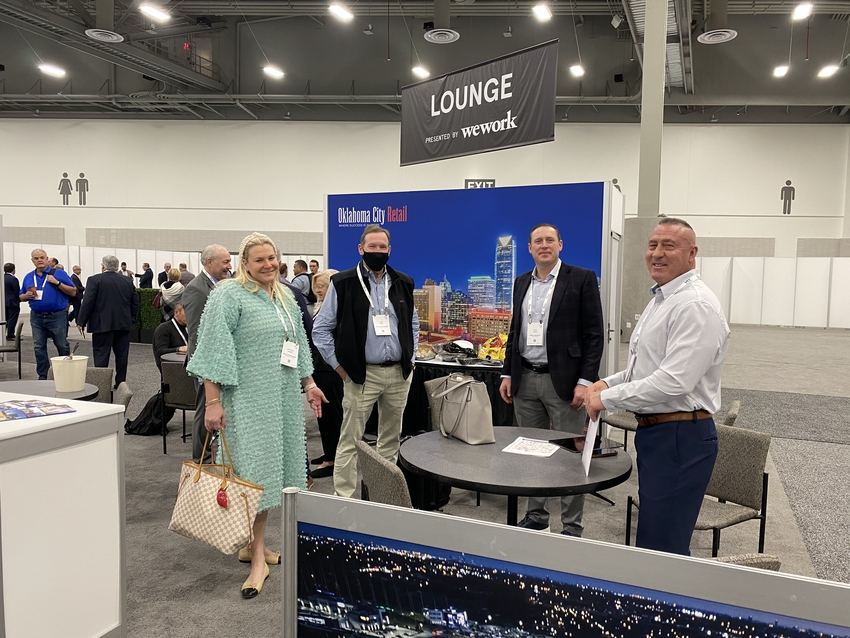 The pandemic has changed business recruitment efforts for every community, and Oklahoma City is no exception. One of the Greater Oklahoma City Chamber’s major industry recruitment focuses—retail development—has been especially impacted by the elimination of large gatherings and conferences.

“Going to conferences is an incredibly important part of retail development for our community,” said Tammy Fate, senior manager of retail development for the Greater Oklahoma City Chamber. “So much of it is about building relationships and there is no substitute for getting together in a room with someone. The pandemic has made that hard. Retail conferences allow for us to hold meetings with a lot of national retailers and developers in a short amount of time.”

The biggest one of these shows has been the Innovating Commerce Serving Communities (ICSC) RECon trade show held each May in Las Vegas. The show covers two million square feet of exhibit space and hosts 37,000 retail professionals.

The Chamber always has a big presence at the event with a booth and a delegation of local leaders, usually including the mayor and community development professionals. According to Fate, many of the major retail developments to happen in Oklahoma City in the past decade began with a conversation at ISCS RECon or one of ICSC's regional shows.

“A deal is rarely made at a show,” said Fate. “But these are the places, especially at RECon, where the conversation starts. A lot of times you might meet with a national retailer or developer for years, but you keep meeting, and eventually, you get them to visit Oklahoma City.”

Due to the pandemic, ICSC paused their gatherings, with the last pre-pandemic show held in New York City in December 2019. Fate and the Chamber team were there promoting Oklahoma City and making important connections.