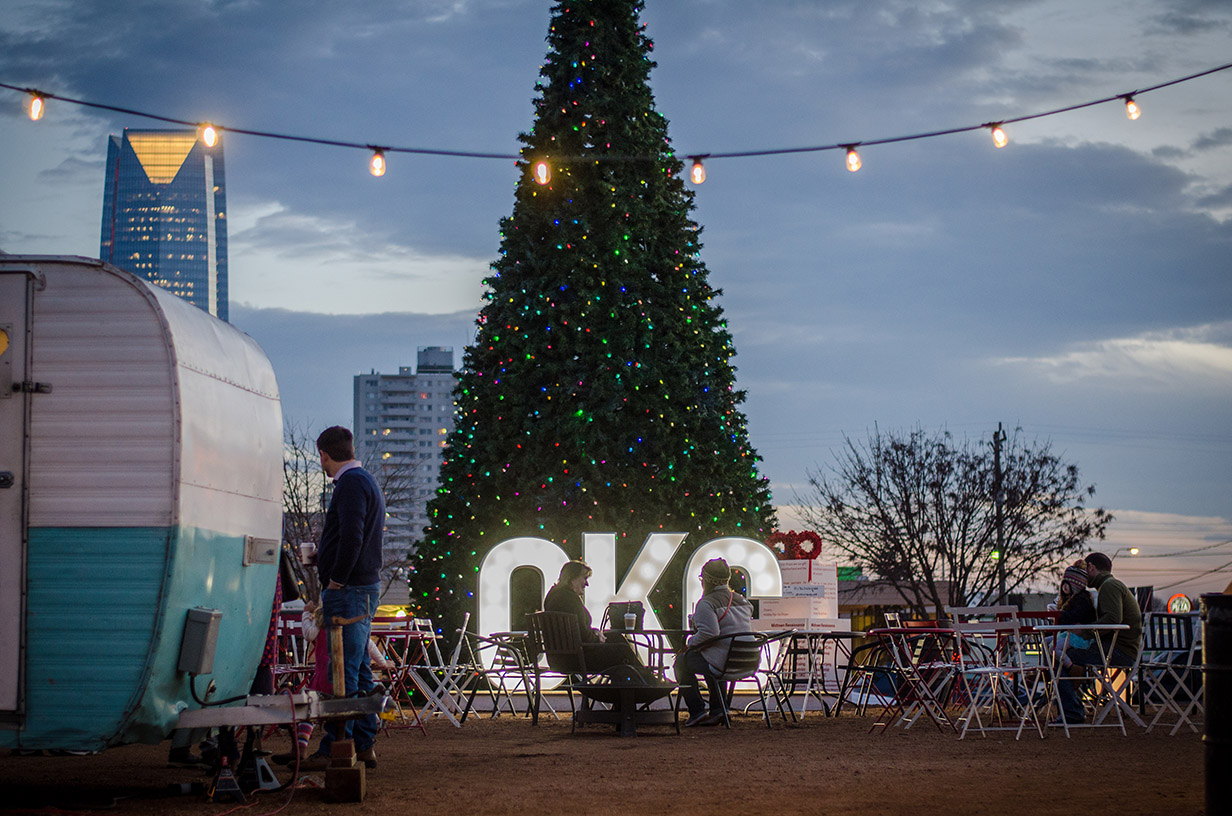 If you haven’t already noticed, signs of the coming holidays are popping up throughout the metro. From the opening of North Pole City to holiday decorations already appearing in many retail outlets and shops, it truly is beginning to look a whole lot like Christmas.

As of this writing, there are about 50 shopping days left until Christmas, and for some retailers, that period can sometimes mean the difference between staying open or closing for good since a majority of their yearly sales come during the holidays. But if Oklahoma City’s sales tax collections are any indication, 2021 could end up being the gift that just keeps on giving for Oklahoma City retailers, both large and small.

According to Oklahoma City’s September report on tax collections from retail sales, the city brought in about $25.2 million, which is 11% above the projection and 16.6% above the same month in 2020. That continued a trend of five consecutive months that saw sales tax collections outperform projections.

“Sales wise, the retail sector has bounced back much quicker than expected. A lot of retailers in 2021, from what I am seeing in the data, have had their best year ever so far,” said Cléo Rajon, executive director of the Independent Shopkeepers Association, an organization representing local independent shopkeepers.

“In 2019 before the pandemic, [retailers] were experiencing pretty huge growth and then 2020 happened and then everything stopped for a while. But we are now seeing them get back to pre-COVID levels, which the main concern was it was going to take many years to get there. So that is really encouraging,” she said.

Another encouraging sign that OKC’s retail industry is returning to some sense of normalcy is the number of new shops entering the Oklahoma City market. Over the last couple of weeks, announcements that several retail establishments have either opened or will be opening soon have been made, including Texas-based restaurant, entertainment and bar concept Truck Yard that is planned for Lower Bricktown near the entrance to the Land Run Monument, and Capitol Co-op, a bike, boards and coffee shop, which recently opened for business in the Capitol Hill District.

“Along with other recent projects such as the redevelopment of Yale Theater, the bike shop will serve as a catalyst for even more development in the Capitol Hill District, which has been economically challenged for several decades. In fact, we are already beginning to see activation in the Capitol Hill District, which is very exciting to see,” commented Tammy Fate, senior manager of retail development and recruitment at the Greater Oklahoma City Chamber.

“Truck Yard will serve as a connector between the Bricktown Canal and the Boathouse District,” Fate said. Capitol Co-op is currently operating from a temporary location at the corner of Commerce and S. Robinson and will move to a permanent location at 2420 S. Robinson by Black Friday.

Although sales have been better throughout the retail sector this year, it does not mean retailers are exempt from challenges still plaguing other sectors in our economy, namely staffing problems and shipping backlogs.

“We are seeing all of these shipping backlogs, and for years shopping online for Christmas has been touted as this is the most convenient way to do it. But I think now that there is no guarantee on shipping timelines and when it comes to just getting your gift on time, shopping local is once again proven to be the most convenient when you can go there in person and be sure you that have your gift ready for Christmas,” Rajon said.

Fate echoed those thoughts but stressed that the quality of customer service a business can provide its customers can make a big difference.

“Everybody is struggling to get their product, but regardless of where you are trying to get it from, if you can provide concierge-type customer service long term, it’s going to be better for your brand,” Fate said.

Fate has had numerous conversations recently with officials representing the shopping center sector who seemed to have a very positive outlook on the holiday season thus far.

“I have talked to the folks at the Outlet Mall, Classen Curve, Penn Square Mall and Quail Springs Mall, and right now everybody seems happy with the overall success we’re seeing in the marketplace,” she said.

If there was one piece of advice Rajon would give to people heading into the Christmas shopping season, it would be shop early and shop local.

“We need to keep this mindset of supporting local because we want to make sure next year when we go shopping for Christmas, these little shops are still around. There needs to be a constant push and support for these local shops,” she said, adding that the “Stand Tall, Shop Small” campaign is planned for relaunch in December to encourage shoppers to support Oklahoma City small businesses during the holidays.

This story originally appeared in the November 2021 edition of the VeloCity newsletter.

Shop Oklahoma City If you havent already noticed, signs of the coming holidays are popping up throughout the metro. From the opening of North Pole City to holiday decorations already appearing in many retail outlets and shops.

Shop Oklahoma City Nearly two dozen local shops will display their products in igloo-like structures on the corner of NW 10th and Hudson each Fri-Sat until Dec. 19. This event, organized by Independent Shopkeepers Association is a great opportunity to #ShopSmallForOKC

@okcretail Recently ranked sixth in the nation for most affordable housing, Oklahoma City makes it affordable to own a home and enjoy all our community has to offer. Learn more here.

@okcretail For September, the Oklahoma City MSA had an unemployment rate of just 1.9%--the lowest it's been in over 30 years.