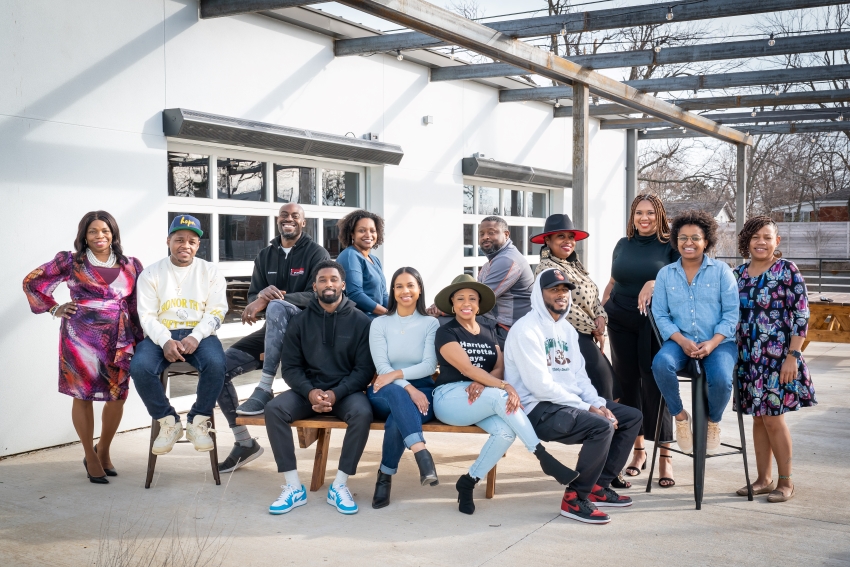 New businesses, updated store fronts, fresh paint, innovative ideas, and positive momentum define NE 23rd street’s EastPoint redevelopment project. But more important than the project’s aesthetics are the people who stand behind it. A collaboration between developers at Chamber Member Pivot Project, the City of Oklahoma City, Chamber Member Gardner Architects, Restore OKC, and multiple other individuals and organizations have aided in the success and achievement which reaches far beyond the area.

The redevelopment project includes 2.7 acres and 41,202 square feet of space. Its efforts rejuvenated a single-story commercial structure in the northeast part of Oklahoma City, updating the building and filling it with committed tenants. Among other challenges overcome by the project, it was the first new retail space developed in the area over the past generation.

The innovative approach to development taken by the Pivot team and all others involved was a key element in their selection for both the ULI Americas and Global Awards for Excellence. Alex Rose, Senior Vice President, Continental Development Corporation in California chaired the juries of the Americas and Global Awards for Excellence this year. A developer himself, he understands the intricacies behind a successful development and accredits much of his own success to his nearly 30 years of involvement with ULI. “The awards for excellence are not simply design, construction, or architecture-focused types of awards. They look at land use in a holistic sense,” said Rose. “Every aspect that goes into the development of a project is part of what we are evaluating.”

“The jury is looking for excellence and best practice. Two criteria stand out above and beyond the norm: to what extent does the project represent out-of-the-box thinking and how much replicability and adaptability does the project have,” said Rose. “Can other communities replicate it and have a positive outcome? If you aren’t creating something new, you may get to a finalist stage, but not a winner stage.”

Shop Oklahoma City Looks like we know where we want to spend the next Taco Tuesday! Chefs Eric Smith and Avery Cannon have reinterpreted American taco shop food the way only a team with their level of creativity could at Parlor OKC's newest kitchen, Disco Taco.