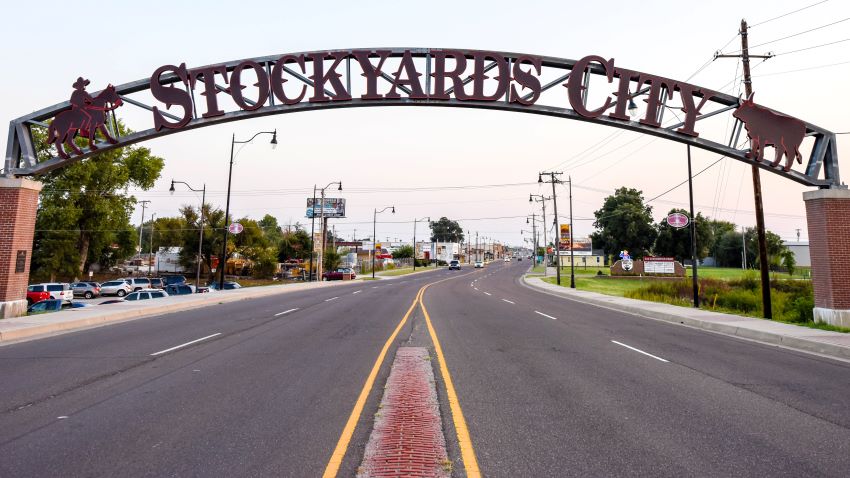 Stockyards City is the place to go if you want to feel like a true cowboy or cowgirl. You can almost hear the click of spurs and the hollow, ominous sound known to all good western films as you enter the district’s archway near the crossroads of Agnew and Exchange. This special place is home to the oldest restaurant in Oklahoma, hosts live auctions of cattle every Monday and Tuesday morning, and offers some of the best retail options for western apparel in the country.

If you’ve heard of Stockyards City, you’ve most definitely heard of Cattlemen’s Steakhouse. Cattlemen’s is every steak-lover, cowboy hat-wearer, good eats-appreciator’s dream. They opened in 1910, and as the state’s oldest restaurant, they are a popular spot. You can order a steak for breakfast, lunch, or dinner, and enjoy the taste of higher quality beef than what you could find at any grocery store or supermarket.

Cattlemen’s Director of Operations David Egan explained a little about what makes the restaurant special. “Cattlemen’s is a GREAT place to eat, because you can taste the history!” he said. “We’ve perfected the art of steak through over 110 years in The Stockyards. Come enjoy the tradition diners have come to trust for over 100 years. Interesting artifacts and photos capture the flavor of the old west.”

They don’t take reservations, but the experience is well-worth the wait, clearly displayed by the constant line of people standing outside the door for a table. Over the years, many celebrities have stopped into Cattlemen’s to grab a bite including Garth Brooks, Ronald Reagan, Reba McEntire, and more.

McLintock Saloon and Chop House is another great choice that won’t disappoint. Though it’s not quite as old as Cattlemen's, it still carries the classic western charm with its extensive wood bar, glistening chandeliers, and velvet-covered booths. It is the perfect place to begin or end a night of celebration. Just inside the door, there is a set of stairs leading to a brass bell, and if someone rings the bell, they pay for a shot for every single person sitting at the bar. McLintock has beautiful space for private parties and is a must-visit for whiskey drinkers on Monday through Wednesday because all whiskey is sold at half price on those days.

When you’re ready to purchase livestock and see some real ranch-life action, mark your calendar for Oklahoma National Stockyard's live cattle auctions. They begin at eight in the morning every Monday and Tuesday and last throughout the day, taking as long as needed for sales. If you want a taste of the action, anyone can watch a live stream of the auctions on Facebook. This year, they’ve shipped livestock to or from 42 states across the nation, and as the world’s largest stocker and feeder market, there’s no better place to find cattle.

Debbie Harrison, the district’s executive director, shared her thoughts on the auctions: “They are an attraction, but they are also a huge economic driver for this district. Many of the businesses have developed because of the clientele that have come in to attend the cattle sales.”

Shorty’s Caboy Hattery is one of the notable businesses of the district. They not only serve the population who come in for the weekly cattle auctions, but they are also known for making custom cowboy hats for people across the nation and around the world. It’s common for their staff to craft hats and ship them to Japan, Australia, or Germany. If you’re interested in getting a one-of-a-kind hat made with the highest quality materials, Shorty’s is the place to go. With production in-house, you can get a tour of Shorty’s facilities to learn the extensive start-to-finish process.

The store’s owner and operator of 31 years, Lavonna “Shorty” Koger, is passionate about making the best quality cowboy hats you can find worldwide. Her contributions have not gone unnoticed as she will be inducted into the National Cowgirl Hall of Fame in October of this year, alongside Miranda Lambert and other notable cowgirls. When asked what makes her hats special, she explained, “All our hats are made one at a time by hand. We pay close attention to details and quality, and we can custom fit individuals and customize exactly what they want. We know the quantity of beaver fur in each hat, so if you want the BEST HAT ever come see us.”

Part of the hat production process at Shorty's

Shorty’s pride goes beyond her business; she’s proud of the Stockyards as a whole. “Our Stockyards is not only the largest working one, but we still sell cattle out of it. It’s very historic area that we should all be proud of. There are lots of neat shops to go to, not to mention two great restaurants.”

A fraction of the boots available at Langston's Western Wear

Just down the street from Shorty’s is Langston’s Western Wear. Langston’s knows that no cowboy or cowgirl would be fully dressed without a great pair of blue jeans and cowboy boots. For over 100 years, they’ve been serving the western culture and community with boots, western shirts, cowboy hats, jeans, and work wear. Before they moved to their Stockyards City location in 1949, they were located at 27 W. Reno where Chamber Member Prairie Surf Media now resides. Throughout the history of their western-wear business, they’ve invested in and supported the success of Oklahomans, especially farmers and ranchers.

Another great stop to make while you’re in the district is Stockyards Sarsaparilla. They have some of the city’s best homemade fudge, a wide selection of craft sodas, and plenty of Oklahoma-made gifts to choose from. If chocolate isn’t your favorite flavor, you are in luck. They have more than 30 different types of fudge, including birthday cake, Butterfinger, carrot cake, cookie dough, maple walnut, salted nut roll, and more. When you are feeling nostalgic for simpler times, Sarsaparilla is your friend. They sell hard-to-find vintage candies and sodas, so if you are craving a Charleston chew, Look! Bar, Pearson Maple Bun, Ring Pop, or Whirly Pop, you know where to find them!

Other unique items that you can find in the district include pottery and jewelry made by Native American Artists. Oklahoma Native Art and Jewelry has a gorgeous selection of horsehair pottery made by the store’s owner, White Antelope. They also sell unique pieces of wall art, turquoise pieces, and premiere work from over 68 well-known first American artists from 28 different tribes.

The treasure trove of incredible small businesses doesn’t stop there. You can find the largest selection of knives in the state at Little Joe’s Boots, fill your prescription at the oldest drug store in Oklahoma at Exchange Pharmacy, and get ready to ride with the custom saddles and tack at Mike's Custom Saddle Shop. Another huge draw to the district is the National Saddlery which carries all of the rope you'll need for a lifetime of rodeos and the highest quantity of rodeo gear available in the area. The district is also home to boutiques like Wild Filly and Grain and Grange Market where you can find a great selection of apparel to update your closet. If your home needs some love, Grain and Grange and Boxcar Woody make beautiful custom-made furniture. There is a store for nearly everything in Stockyards City.

This month, the Oklahoma River Cruises opened a new landing in Stockyards City at 800 S. Agnew Ave, so you can now arrive in the district by boat and take a short walk south into the central shopping area of the district. It is the fifth completed landing point of the water transit system, which will soon be followed by a sixth stop at the new First Americans Museum.

The ferry system connects Stockyards City with a 7-mile stretch of Oklahoma City via river. Three boats: the Devon Discovery, the Devon Explorer, and the Devon Pioneer service the system, and depart from 11:30 a.m.-5:05 p.m. July-September every Wednesday through Sunday. On Wednesdays until the end of July, they are offering half-price admission to encourage visitors to utilize their enjoyable means of transportation along the river. It’s hard to beat a boat ride for six dollars. You can find their operation schedule here.

Pull on those jeans and fill up your coinpurse because Stockyards City is ready for you! For the best experience, consider downloading their mobile app. As you enjoy the district, join us in supporting local by using the hashtag #ShopSmallForOKC, and following @okcchamber on social media to get the latest updates on the Stand Tall, Shop Small campaign.

This story originally ran on the VeloCityOKC.com.