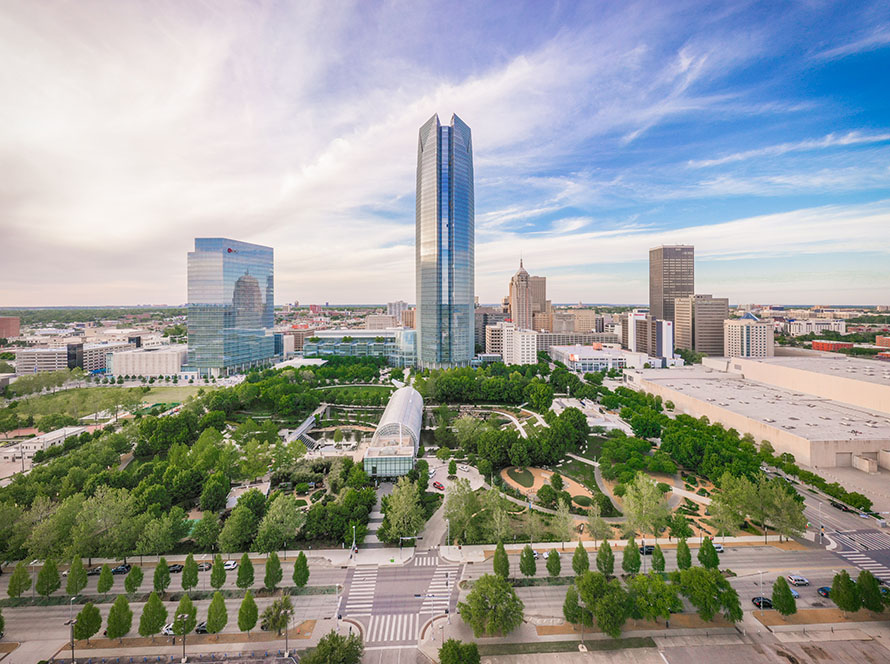 A simple menu of simply delicious food enticed a group of local restaurateurs to bring the fast-casual brand Dave’s Hot Chicken to Oklahoma.

Chicken is the big thing going right now and Dave’s is as good as it gets, said Kory Allen, who along with his brother Kelly Allen, Brian Bogert, Cole Lipscomb and Courtney Mankin have signed a franchise agreement to open eight locations throughout the Oklahoma City metro area over the next four years.

“We absolutely fell in love with it. The food is fantastic. It’s very, very simple,” Allen said. “The simplicity of the menu appealed to us.”

Allen said the first restaurant will open in Bricktown in March 2022, next to Fuzzy’s Taco Shop. The business partners operate several Fuzzy’s locations in the metro area among other restaurants.

“As we continue making our entrance into new states, it’s vital that we are partnering with experienced operators to ensure success,” said Bill Phelps, CEO of Dave’s Hot Chicken. “Kory, Kelly, Brian, Cole and Courtney are the perfect fit to introduce Dave’s Hot Chicken to Oklahoma. Their knowledge of the market and operations experience will be invaluable.”

Allen said the restaurants will be the same style as Fuzzy’s with customers going through a line for speed of service and everything cooked to order for quality of the food.

“The fast-casual concept appeals to everybody,” he said. “This will be a fun, upbeat, energetic place to hang out and enjoy food and conversation with family and friends.”

The COVID-19 pandemic shifted a lot of restaurant business to online ordering and meal delivery. Now that indoor dining is returning, hiring servers is extremely difficult, which makes the concept even more appealing, Allen said.

“It’s insane. I’ve never seen it this bad,” he said. “At some locations we have half the employees we need. A lot of servers decided to go into something else.”

After the Bricktown opening, two additional Dave’s will be opened in Oklahoma City proper and five more will be located throughout the metro area, Allen said.

Founded by classically trained chef Dave Kopushyan and three friends in early 2017, Dave’s Hot Chicken initially opened as a parking lot pop-up. The brand now has multiple brick-and-mortar locations open in Southern California and is expanding through franchising in locations including Denver, Las Vegas and Texas.