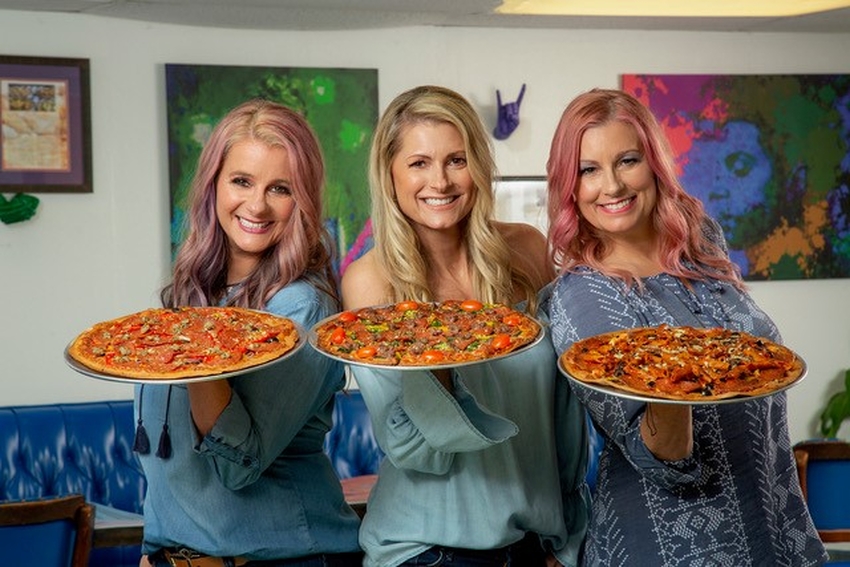 Chamber member Stone Sisters Pizza Bar in Oklahoma City will be featured on the ABC Network’s Tamron Hall show on National Pizza Day. The Emmy-winning broadcaster first saw the sisters on Food Network, and quickly moved to have them on the show. The virtual interview was taken from their restaurant on Broadway to be aired on February 9th.

“It was so exciting watching Tamron eat our healthy pizza and hearing her reaction of how yummy it was,” said Sheli Stenseth, the youngest of the three sisters. Each has a pizza playfully named after them with their favorite ingredients, Stenseth having the “Bratty Little Sister” pie. Another of the sisters, Tami Lake, with her “Misunderstood Middle Sister” pie said of the interview “Tamron was so fun, and it was an honor to be on her show.” Traci Stone, the “Bossy Big Sister” said “I’m so glad I got to introduce Tamron to our special line of Happie Flower and Stoney’s pizzas.”

Stone Sisters Pizza Bar features grass fed meats, organic, gluten friendly and vegan options, all built around their family’s favorite pizza pies, including memorable events such as the “Front Yard Rumble” taken from a tussle two of the sisters had with each other. Every pizza has a story behind it, is chef-designed and appeals to a wide variety of tastes.

Stone Sisters Pizza Bar is female and family owned and operated, and began with Stenseth laboring to save her late husband from brain cancer with healthy, organic meals. After his passing she and middle sister Tami began a company focused on educating people on the benefits of eating organically. This effort included client events where they remade unhealthy meals into healthy ones, which included pizza. Eventually big sister Traci Stone joined the team and they opened Stone Sisters Pizza Bar. Featuring organic wines, sodas and local craft brews and desserts, the Stone Sisters continue to offer customers healthy, organic pizza options. In its 3rd year in operation, the restaurant environment has a retro décor and is family friendly.