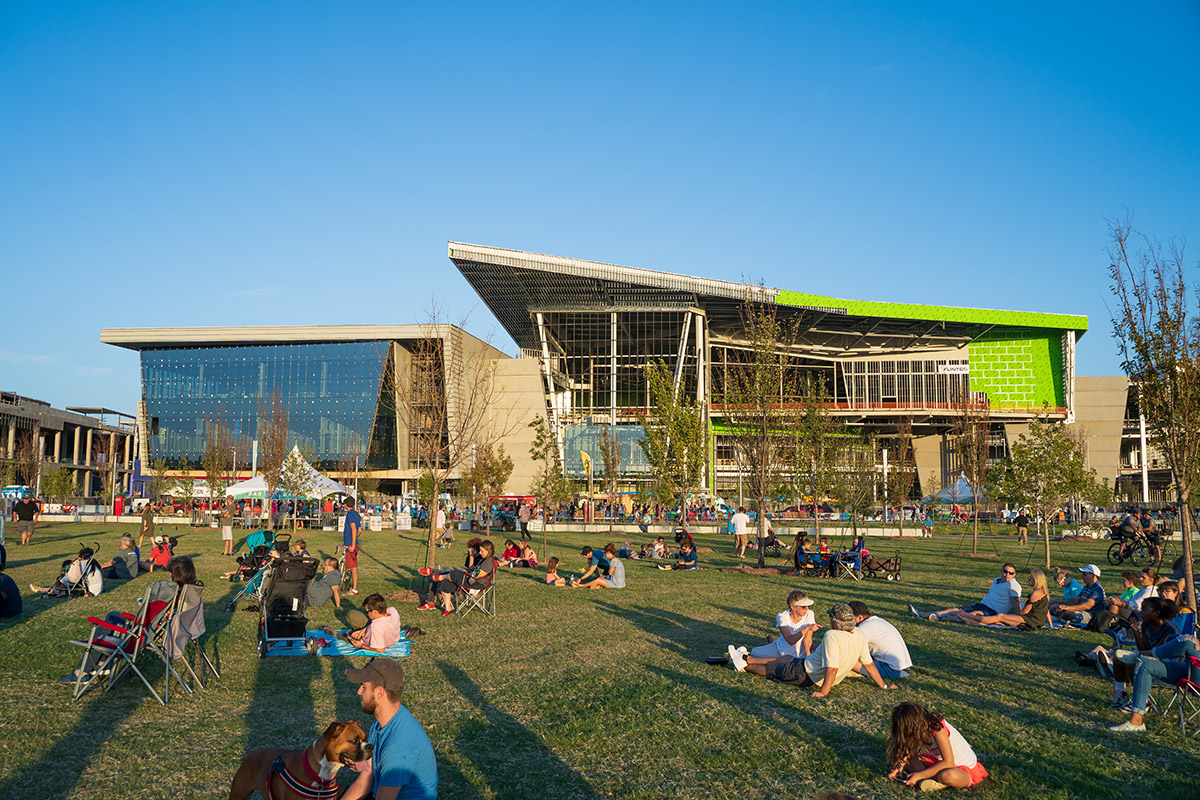 As Oklahoma City prepares to roll out the red carpet and welcome larger business and event groups than ever before, city officials will look to have the keys to the new expansive Oklahoma City Convention Center by year’s end.

David Todd, MAPS Program Manager, said the project continues to go well and remains under budget. Contractors have to reach “substantial completion” by Oct. 7 before handing over keys to city officials.

“It’s a beautiful building. It’s no longer a square, brown, windowless box. We’re excited to be reaching the end,” Todd said. “This is the largest single construction project in OKC’s history–bigger than the Bricktown Ballpark and Chesapeake Arena combined.”

The $288 million project began in June 2018 along the east side of Robinson Boulevard, between SW Fourth and SW Seventh streets, across from the 70-acre Scissortail Park. The site is also next to the 605-room Omni hotel where construction continues on schedule before its planned opening early next year.

“We will do our walkthrough after Oct. 7. We will look for things that need corrected, fixed, or changed. We will develop a punch list for the contractor to make the modifications. They have 60 days to fix things before we consider it final. Then it will be city-owned and operated.”

During that time ASM Global, the venue and event management team selected by the city, will take occupancy and begin setting up their operations to manage the building.

The angular facade with its glass walls should maximize the use of natural light. The landscaping will use native plants and trees suited to the local climate. A skywalk will connect to a new parking garage.

At the two main entrances in the building’s front, installation of programmable color-changing LED rods are being hung at the atrium ceiling.

“It puts me in mind of a gigantic wind chime,” Todd said. “It will compliment Skydance Bridge and other LED lighting in the park and on the outside of the building itself.”

The additions of these two venues have the Oklahoma City Convention and Visitors Bureau rapidly booking events into the venue with the hope of the COVID-19 impact lessening in 2021.

Mike Carrier, president of the Oklahoma City Convention and Visitors Bureau, said his group has booked over 49,000 room nights which would create more than $30 million in direct economic impact from convention center bookings. In total, the CVB has over 660,000 room nights of prospective business in the works for Oklahoma City-area hotels through 2026.

This article originally appeared in the September 2020 edition of The Point.

Shop Oklahoma City Shopping, supporting local, and giving back to those overcoming addiction is all happening at Chisholm Creek on April 23-25! Next weekend, Vintage Market Days will have 85+ vendors, live music, and fun for all to enjoy.

Shop Oklahoma City The Oklahoma City area is thriving with events and happenings. Listen in to Episode 20 to get informed of all the most important things bringing our community together this spring!

Shop Oklahoma City The progress being made with Better Streets, Safer City is incredible! Learn more about it here.

@okcretail Unemployment rates in OKC are some of the best in the country. It's great to see such strong economic indicators in our city!

@okcretail Experts are needed for this paid opportunity to support businesses! See if you qualify to help. Applications accepted until May 7th.