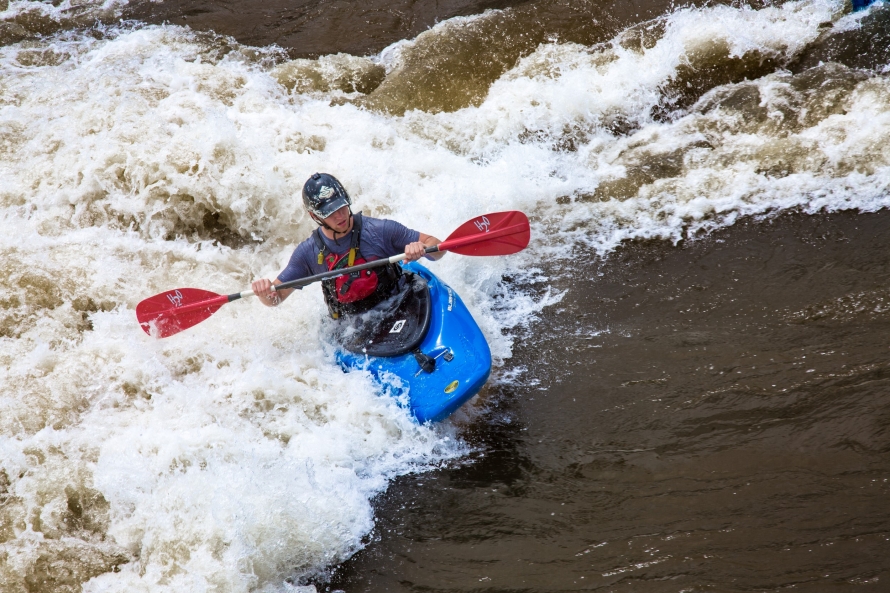 Since 2016, Oklahoma City’s Boathouse District has been drawing adventure enthusiasts, Olympic and Paralympic hopefuls and those with an interest in paddlesports to the Oklahoma River. Now, the district is expanding with new amenities and events that will draw local and national crowds to the area.

The Boathouse District will play host to the 2020 International Canoe Federation Canoe Sprint Super Cup on Aug. 21 and 22. The internationally televised event will bring the best canoe sprint athletes in the world to compete in men’s and women’s kayak and canoe races, only two weeks after competing at the Tokyo Olympic Games. Previously held in Russia and China, this will be the first time the United States will host the event since its debut in 2018, and the first time the event will take place at night under lights. The course lighting was one of the first MAPS 3 projects to be constructed.

A new commercial development coming to the Boathouse District is Bar K. The 2-acre event space, bar, restaurant and dog park concept to be built northeast of the whitewater rafting center is slated to open early next year. The first commercial development to be approved for the district, Bar K will be open year-round and includes plans for an indoor play space for dogs.

Over Memorial Day weekend this year, Surf OKC will provide many Oklahomans their first opportunity to catch a wave. The simulated surfing experience, part of the whitewater rafting center, will include lessons for novices and a shot to ride waves right here at home. It will also provide our city the infrastructure to bring professional surfing competitions to the state in the future.

I’m looking forward to what’s to come for the Boathouse District. Combined with existing successes like the annual Oklahoma Regatta Festival, family-friendly activities at the Riversport Adventures area and special events held at the boathouses, I’m confident these new additions will prove valuable in spurring greater development along the Oklahoma River and continuing to grow the Boathouse District as an international destination.

Cathy O’Connor is the president of the Alliance for Economic Development of Oklahoma City.

Shop Oklahoma City Shopping, supporting local, and giving back to those overcoming addiction is all happening at Chisholm Creek on April 23-25! Next weekend, Vintage Market Days will have 85+ vendors, live music, and fun for all to enjoy.

Shop Oklahoma City The Oklahoma City area is thriving with events and happenings. Listen in to Episode 20 to get informed of all the most important things bringing our community together this spring!

Shop Oklahoma City The progress being made with Better Streets, Safer City is incredible! Learn more about it here.

@okcretail Unemployment rates in OKC are some of the best in the country. It's great to see such strong economic indicators in our city!

@okcretail Experts are needed for this paid opportunity to support businesses! See if you qualify to help. Applications accepted until May 7th.