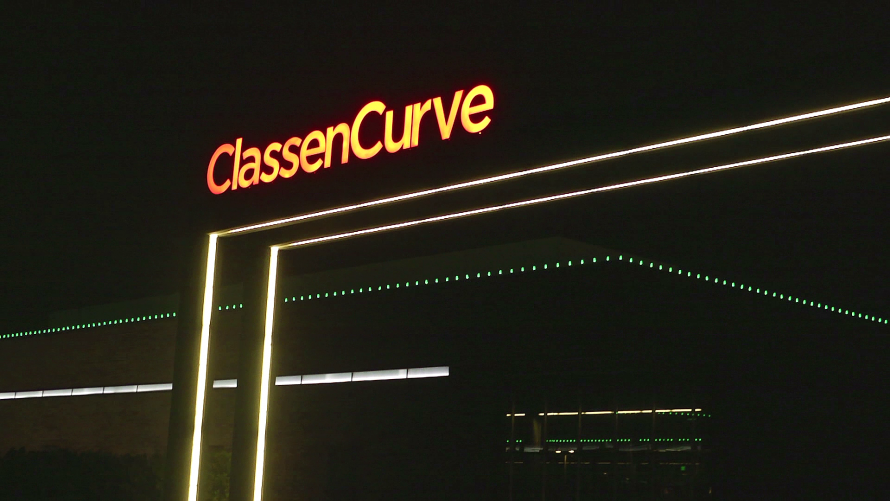 While partnered with Nordstrom, Man Outfitters, Country Club Prep and other outlets nationwide, Mizzen+Main operates only two dedicated outlets, with both in the Dallas-Fort Worth area. The company recently unveiled a plan to expand its presence to six stores nationally by the end of the year, and Oklahoma City stood out as a prime launching point because of its similar demographic and the high level of interest.

“We already have had a large amount of interest coming in from Oklahoma. People are buying us online or coming into Dallas or Fort Worth on trips and we’ve been pulling in a lot of audiences from this community,” said Doug Terfehr, public relations and marketing consultant for Mizzen+Main. “So this just made sense since we already saw a strong following both online and in our Dallas-Fort Worth stores.”

Mizzen+Main sells performance menswear such as fabric dress shirts, blazers, jeans and casual shirts. The brand’s marketability is based on its signature flexibility and wrinkle-free design that allows for machine washing.

At 1,500 square feet, the Classen Curve outlet will be the retailer’s third and largest branch so far. Rather than building a new outlet, Mizzen+Main is moving into an existing space that has yet to be leased and expects to fit right in with Classen Curve’s upscale market.

“It’s such a great shopping center and there are a lot of like-minded brands that are located there,” Terfehr said. “The consumer base also matches what we’re looking for, so the location is a great opportunity. We anticipate high demand in our current location with the opportunity to open into Oklahoma beyond that.”

Mizzen+Main represents one of a few recent retailers that have found Classen Curve an attractive venue. The shopping center recently became home to the first Oklahoma branch of California-based Drybar salon. It also served as a brick-and-mortar location for e-stores such as Bonobos and Warby Parker.

“Mizzen+Main continues Classen Curve’s commitment to bring unique shopping experiences to the OKC market. Shoppers know that both Classen Curve and Nichols Hills Plaza are home to the only OKC location of various retailers and restaurants,” said Shannon Barghols, marketing director for Washington Prime Group, which owns Classen Curve. “For many, we are their only location in the state of Oklahoma. Again, we are looking for unique and fresh options for our shopping centers. We want to provide our customers with options they cannot find elsewhere in OKC.”

The menswear store is also actively pursuing opportunities in New York City and Chicago, with plans to open two locations in Florida as well. The choice to settle on Oklahoma as the company’s first out-of-state store represents just how attractive Oklahoma City is to out-of-state businesses, especially in the retail market, according to Tammy Fate, senior manager in Retail Development and Recruitment for the Greater Oklahoma City Chamber.

In 2018, several new retail stores either opened or announced plans to open outlets in Oklahoma City, including Costco, outdoor retailer REI, the Container Store, Uncle Julio’s, Lifetime Fitness and others. In that same year, those new locations created 7,354 new jobs with a capital investment of $459 million.

“Retail is really crucial to our cash base, so any time we have new tenants come into the market, that’s always a win for us,” Fate said. “When you pair all of our assets together, it really makes Oklahoma an attractive place.”

Mizzen+Main will host its grand opening on Thursday, kicking off with an 8 a.m. CycleBar class where participants receive a dress shirt, $25 gift card and free breakfast. From 6-8 p.m. the store will host a Bites, Drinks, Music and Cigar Rolling event with Heisman Trophy winner Jason White.

On Friday and Saturday, shoppers can receive free monogramming with in-store purchases from 11 a.m. to 4 p.m. Beginning at 9 a.m. on Saturday, attendees can participate in a yoga class followed by a free breakfast. All weekend long the store will also offer a special of $25 off the purchase of a Mizzen+Main dress shirt if a shopper brings in a cotton dress shirt.