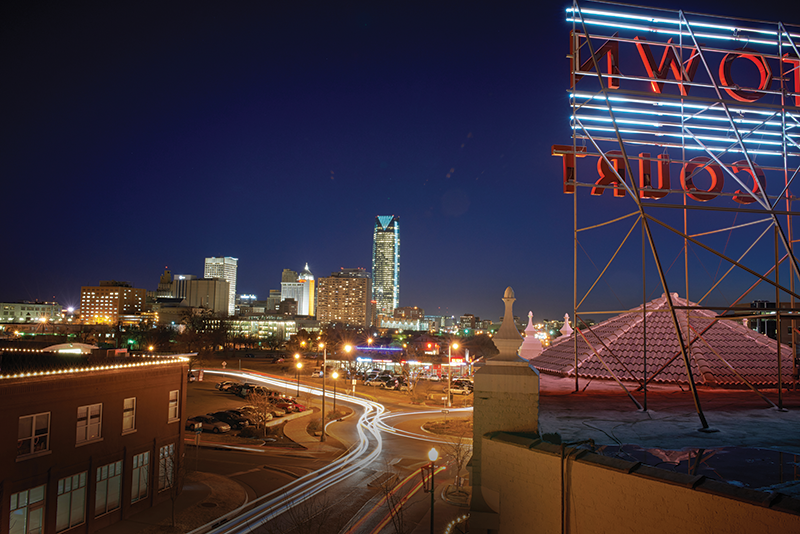 Oklahoma City has always been an easy place to do business. For developers and construction companies, Oklahoma City just got a little friendlier.

What used to take months to get review and approvals for drainage, paving, fire system, sewer and water plans now will take less time with the city of Oklahoma City’s new streamlined technical review process for permit applications required at the start of a renovation or construction process.

Before June 1 when the city adopted the new system, developers would hand-deliver their plans to public works. The developer didn’t know where the plans went from there, who reviewed them or how close they were to approval. Now, developers submit their application through the online portal. The system shows them the status, which department is reviewing and when they have all the approvals. Changes to the plans can be handled online as well. During a time of COVID-19, this new electronic process cuts down on trips to the city and in-person interactions.

Meanwhile, on the city side, the technology streamlines the process among six different departments and prompts city engineers and officials for review. Multiple departments can review simultaneously and see when other dependencies have been met, reducing paperwork shuffled between departments, delays and redundancies.

The city of Oklahoma City and the Alliance for Economic Development for Oklahoma City have been working for several years to make processes easier for developers. It serves us well. It keeps our city employees focused on reviewing for quality and adherence to regulations and high standards, instead of handling and forwarding paperwork.

The development and construction community creates nearly every place we eat, sleep, shop and go for entertainment and they’re revitalizing neglected and economically challenged neighborhoods across Oklahoma City, converting old, dilapidated buildings into new offices, stores and housing. As a city, we continue looking for ways to work together more effectively and be excellent partners to developers.

Cathy O’Connor is president of the Alliance for Economic Development of Oklahoma City.