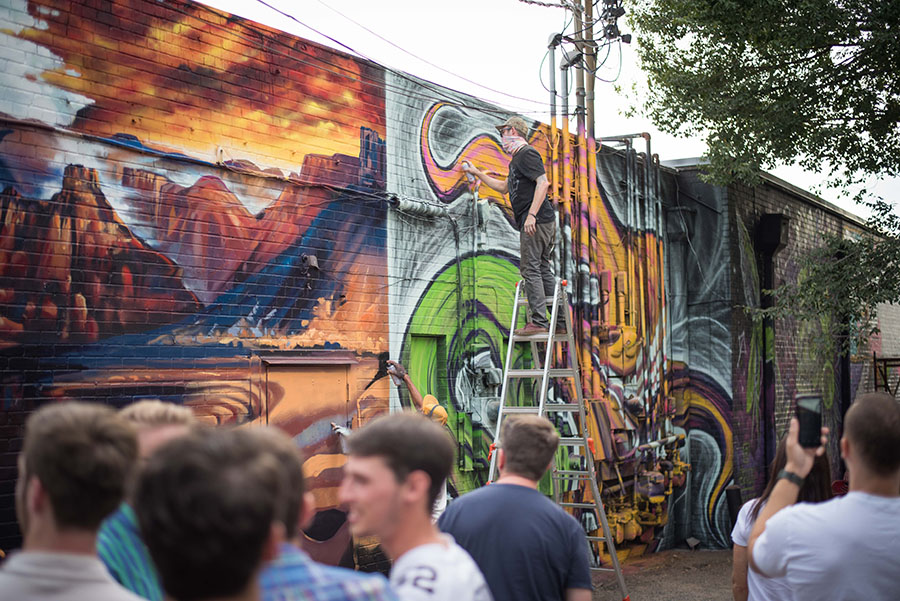 A two-year wait is over and Up-Down, a vintage arcade bar and pizzeria, is set to open as a new anchor for the Plaza District.

Up-Down is a concept that started six years ago in Des Moines and has since expanded to St. Louis, Minneapolis and Milwaukee. The Plaza District location will open 3 p.m. Friday and will feature more than 70 arcade games from the ‘80s and ‘90s, pinball machines, four classic Skee-Ball alleys, Nintendo 64 console gaming, life-size Jenga and Connect Four.

The Plaza District is not typically known as an entertainment district, but rather as a small neighborhood arts community populated with local restaurants, quirky shops and anchored by Lyric Theater. But that’s exactly what Up-Down managing partner Josh Ivey looks for.

“We have been looking to expand into Oklahoma for years, but from my first visit to OKC I knew that the Plaza District was the perfect neighborhood for us,” Ivey said. “The eclectic and diverse neighborhood was ideal for the concept that has been described as ‘a bar for people who are over the traditional bar scene.'"