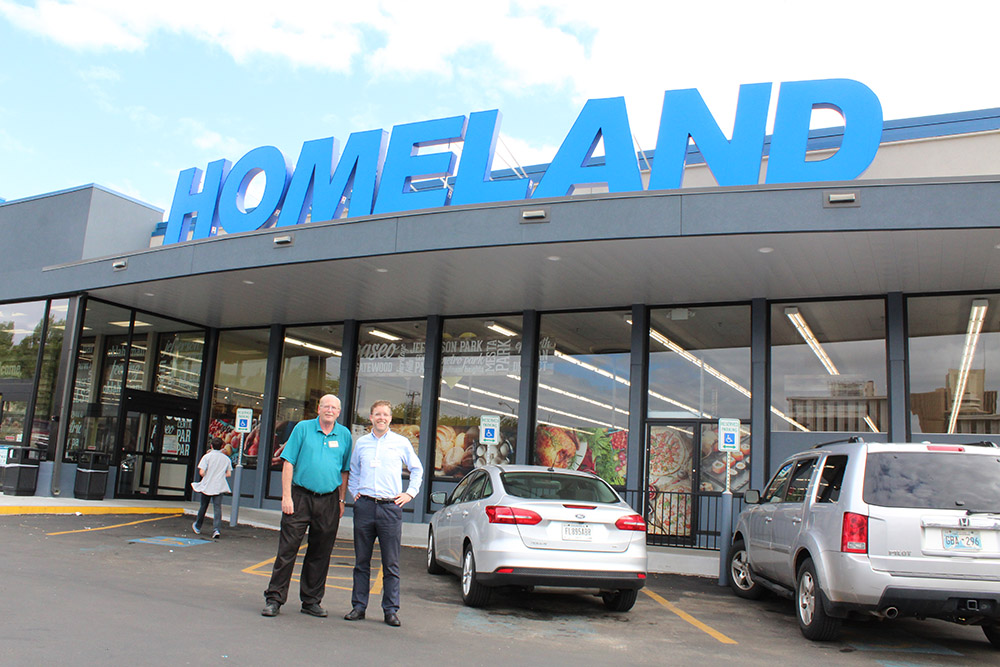 A new Homeland grocery store at the corner of NE 36th Street and Lincoln Boulevard could be up and running by spring of 2021, after the Oklahoma City Council voted Tuesday to include the project in the Northeast Renaissance Redevelopment Project Plan.

“We will develop the property, and the store and the headquarters will be leased to Homeland and HAC, which is their corporate entity,” said Cathy O’Connor, president and CEO of the Alliance for Economic Development.

This is the first time in 30 years Homeland has built a new store from the ground up, and the first time ever for Homeland to build a corporate headquarters, said O’Connor.

The development is being handled by 36th and Lincoln LLC, made up of the Milwaukee-based Endeavour Corp., Dallas-based E. Smith Communities and Oklahoma City’s Alliance for Economic Development.

“It’s a model whereby once there’s some catalytic investment of a larger anchor tenant – often that being either a grocery store, a hospital, a wellness facility, a university education aspect, those types of investments – that will typically allow other private investors to be able to obtain the capital to actually start businesses,” said Thornton.

O’Connor anticipates the property tax increment will yield about $90,000 in the first year, while the projected sales tax increment will generate about $242,000. Previous developments have shown that investments within the TIF districts usually translate to increased development and tax dollars generated in the surrounding area as well, she said.

Including the land parcel in the Northeast Renaissance district allows the city to allocate $4.4 million from the increment district and $5.7 million in bond funds for the project. The project will allow the city to generate tax dollars off of land that previously was not generating tax dollars for the city, said O’Connor.

“It is owned by the Commission of School Land Office, and I’d like to thank them for their cooperation in working out an exchange agreement where we will exchange this site for our participation in another piece of property,” said O’Connor. “Eventually the city will end up owning the piece where the senior wellness center is and the parking lots are, and the private developers will own the footprints of the store and the headquarters.”

Ward 7 Councilwoman Nikki Nice noted that although the original investor identified for the project had backed out, the project was again moving forward with financial support from another minority-owned business.

The Homeland store would address the “food desert” problem facing Oklahoma City’s northeast side, where there are no grocery stores offering fresh foods within the 73111 ZIP code. Life expectancy in the ZIP code is up to eight years lower than the average for the rest of Oklahoma City, said Nice. The area is under a moratorium preventing development of new discount stores, in the hopes of attracting a grocery store to the northeast side of town.

The council voted to alter the boundaries of the Northeast Renaissance plan to include the site at NE 36th and Lincoln as well as a few more land parcels farther east, which have recently been identified as areas prime for redevelopment.

“The plan will retain and create new jobs by stimulating new investment in Oklahoma City and help to preserve and enhance the tax base by providing new development opportunities for the other taxing entities in the increment district,” said O’Connor.

When it was established in 2015, the budget for the Northeast Renaissance district was $45 million. Tuesday’s vote increases the budget to $62 million.

“This is a budget for a 25-year time horizon,” said O’Connor. “It isn’t an annual budget, it is the budget for the entire life of the TIF, and it sets kind of the maximum amount of increment that can be expended from this TIF district.”